On a crisp February evening, six Marymount High School students, travelled to the prestigious grounds of Dulwich College to compete in the London South Regional Qualifying round for the Oxford Schools Debate Competition. 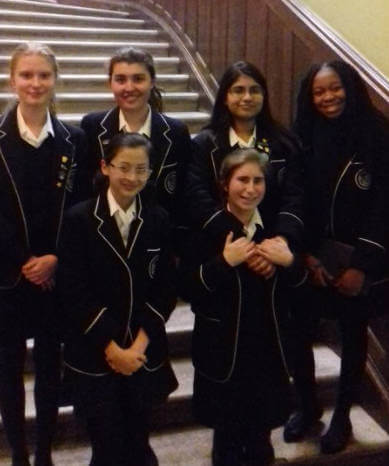 In the first round, students had to either oppose or support the motion: “This house would allow prisoners to raise their children behind bars.” With only fifteen minutes to prepare and no access to in the internet, the Marymount girls quickly constructed their arguments before engaging in a robust exchange with the other school teams in their division.  The motion for the second round, complete with information slide explaining the difference between Traditional and Vocational schools, was: “This house prefers an education system which consists of both traditional (academic) and vocational schools to one that only contains traditional schools.” Strong arguments weighing the relative merits of the liberty of choice and equality of opportunity ensued. The Marymount debaters received some excellent feedback but were unfortunate to just miss qualifying to the national round. 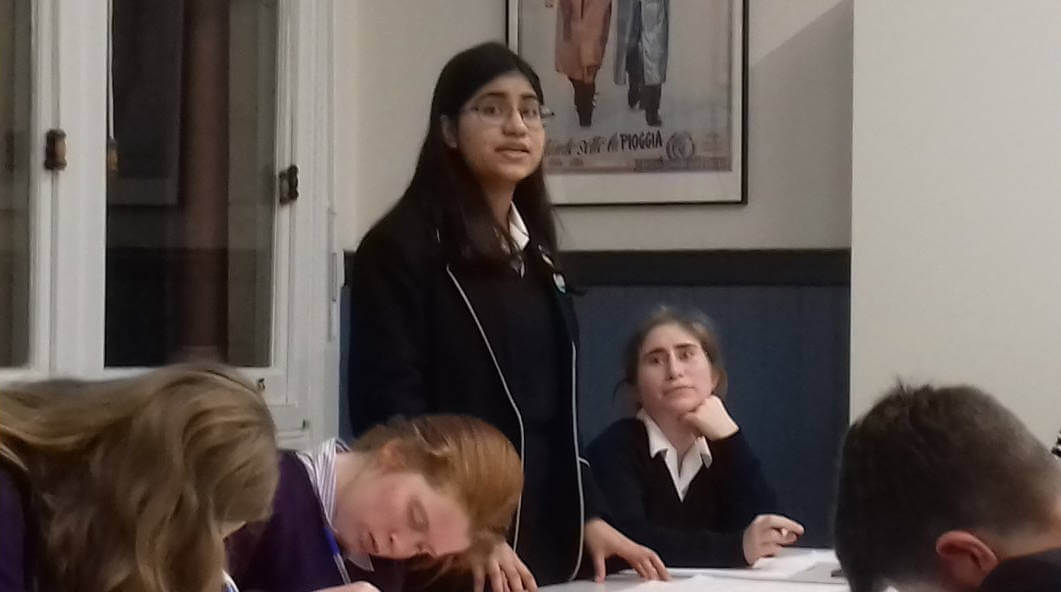 The next event on the Debating horizon is the Middle School House Debate Competition, starting on Friday March 2nd at 12:10pm in room 7 with Grade 8, same time and place for Grade 7 Friday March 9th and Grade 6 on Friday March 16th with the finals taking place on Friday March 23rd. Students wishing to participate should register with their advisor or contact Ms. Schieber or Mr. White.