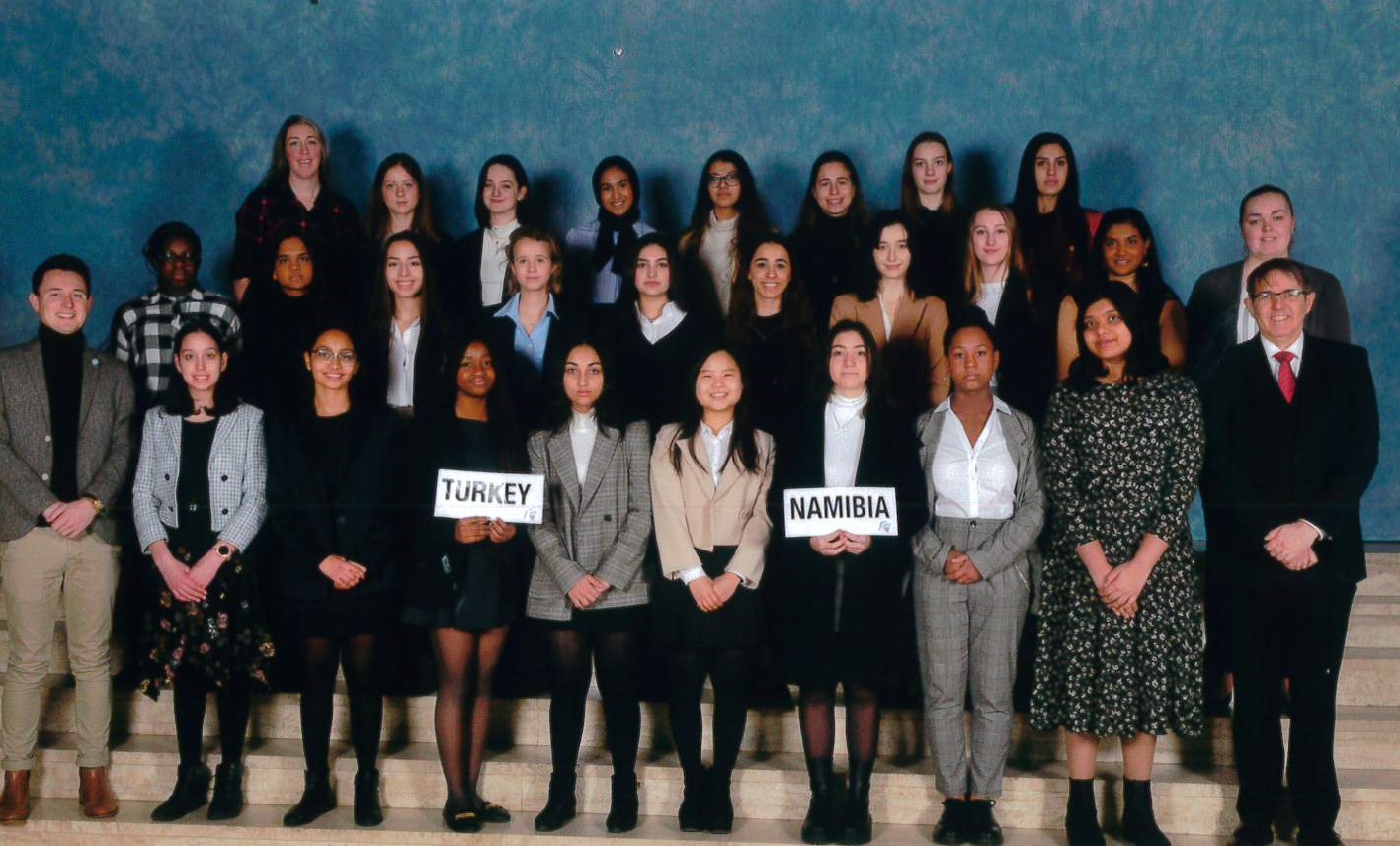 Twenty four students from Grades 9 – 11 had the time of their lives last week representing the two delegations of Namibia and Turkey at the Model United Nations Conference in The Hague.

THIMUN 2020 was a whirlwind of adventures; from first time delegates, to making new friends, to maiden speeches in front of hundreds of people, to discovering the very many delights of Dan Haag.

Our 5 days at THIMUN were spent researching, listening to debates, lobbying, writing and creating new resolutions to topics and of course, making new friends. The topics under discussion ranged from ‘The threat to economic growth caused by declining birth rates in developing countries’ to ‘The threats, killings and harassments of human rights defenders’. There were new adventures and skills to be developed every day, and a strange sense of home descended during the Conference as we met and worked alongside students from across the globe.

This year I was the Ambassador of Namibia, a position that comes with both great responsibly and also excitement. Whilst making sure that all new delegates knew their roles and responsibilities, I also had to tackle writing policy statements, resolutions and deliver an opening speech for my committee. My most daunting moment of THIMUN was walking in the opening ceremony flag parade with the other ambassadors representing all the countries in the world; I am still not sure what I was most fearful of – dropping the flag or slipping whilst walking! I am happy to say I did neither! Being Ambassador this year was an opportunity and experience that I will never forget. It was amazing to see and meet so many other students who, just like me, took on huge roles and responsibilities during THIMUN. Whilst being Ambassador was difficult as there were many responsibilities, I’m so glad that I was given this opportunity.

Thank-you to Mr Barlien for his guidance in the lead up to and throughout THIMUN; Ms Gregory, Ms Mast, Ms Edwards, Ms Simpson & Mr Bridger for supporting us whilst on the trip.